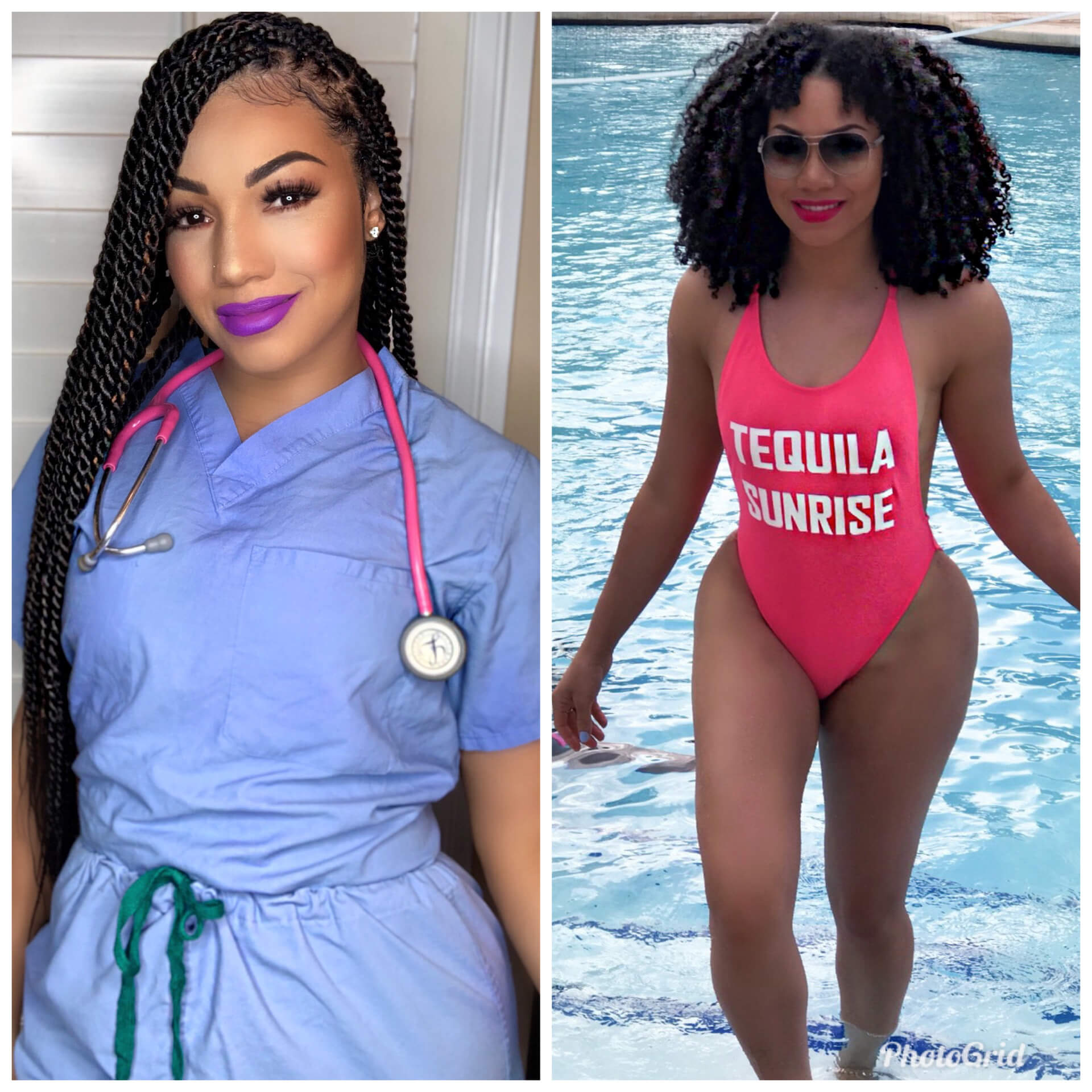 #MedBikini is an empowering new movement that’s inviting women across the medical field to post photos of themselves in swimsuits. Why? Paired with informative captions, these posts are reminding us that yes, your doctor has a life outside of the office, and that’s perfectly OK.

Seems self-evident, but apparently it wasn’t for the authors of an article that recently hit social media. Originally published in December 2019 in the Journal of Vascular Surgery, the article was titled “Prevalence of unprofessional social media content among young vascular surgeons.” The goal: to “evaluate the extent of unprofessional social media content among recent vascular surgery fellows and residents.” The study was conducted using so-called neutral (aka fake) accounts to dig into the Facebook, Instagram, and Twitter profiles of the fellows and residents, looking for anything they deemed “inappropriate.” This included any kind of “controversial” political and religious comments, and photos with alcohol or “provocative posing in bikinis/swimwear.”

Women in the medical community swiftly took to social media to protest the sexism they detected in the study and its narrow definition of professionalism. In speaking to 13 of the many women who took part in the movement, we heard that the immediate response to the study was often shock, followed by outrage and disappointment, and then a determination to join together and speak out. “Me posing in a bikini on Sunday does not dictate the quality of care you will receive from me on Monday,” said Nicole Sparks, MD, an ob-gyn in Atlanta. Added Risa Hoshino, MD, a pediatrician in New York, “[Women] have been body-shamed by men (and other women) all our lives and now a well-respected journal has validated our shame.”

“I shared my photo in solidarity with all of the women in medicine who have been told to not be too nice but also not aggressive; not be too well-dressed but not look like a slob; not act like a know-it-all but not admit uncertainty; not act too perfect but never admit that you need help,” said Yang Yang, MD, a vascular surgery resident.

And their voices made a difference: the article has since been retracted with an apology from the journal. (One of the authors also reportedly posted an apology to Twitter, though his account has since been deleted.)

Ahead, see the protest posts from 13 of the fierce female doctors and nurses who made this happen, and hear in their words why they decided to take part in the movement and where they hope it goes from here.

The medical profession “can be a very sexist world,” Dr. Beaulieu told POPSUGAR. She joined the #MedBikini movement because, as a female physician, “I know what it’s like to always have to prove myself just because I am a woman. In this profession, the men are held to a different standard, and that’s not fair.”

Doctors are humans first, she said, with families, ambitions, dreams, and lives outside of medicine. “If you see me at the beach enjoying myself with my family, and of course wearing a bathing suit (because what else am I going to wear at the beach!), just know that this does not change my commitment to my career or to my patients.”

HOW NUTRITION CAN HELP YOU FIGHT BURNOUT

LIFE AND WORK WITH DR. EVA

This website uses cookies to improve your experience while you navigate through the website. Out of these, the cookies that are categorized as necessary are stored on your browser as they are essential for the working of basic functionalities of the website. We also use third-party cookies that help us analyze and understand how you use this website. These cookies will be stored in your browser only with your consent. You also have the option to opt-out of these cookies. But opting out of some of these cookies may affect your browsing experience.
Necessary Always Enabled
Necessary cookies are absolutely essential for the website to function properly. These cookies ensure basic functionalities and security features of the website, anonymously.
Functional
Functional cookies help to perform certain functionalities like sharing the content of the website on social media platforms, collect feedbacks, and other third-party features.
Performance
Performance cookies are used to understand and analyze the key performance indexes of the website which helps in delivering a better user experience for the visitors.
Analytics
Analytical cookies are used to understand how visitors interact with the website. These cookies help provide information on metrics the number of visitors, bounce rate, traffic source, etc.
Advertisement
Advertisement cookies are used to provide visitors with relevant ads and marketing campaigns. These cookies track visitors across websites and collect information to provide customized ads.
Others
Other uncategorized cookies are those that are being analyzed and have not been classified into a category as yet.
SAVE & ACCEPT

By submitting your information, you’ll be included on the Waitlist and get the latest update about the Transformation Coaching “Reach your Dream of Becoming a Doctor. You also agree to our Terms of Use and Privacy Policy.

By submitting your information, you’ll be included on the Waitlist and get the latest update about the Transformation Coaching “Become An Influential Doctor”. You also agree to our Terms of Use and Privacy Policy.